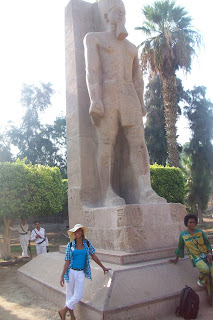 Michelle Ricks in front of Ramses the Great 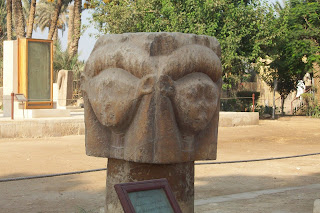 Het-Heru (Greek name Hathor), literally translate into the house of Heru. She is his wife-consort and she is also the goddess of beauty, love & feminine fertility. The Greeks would later take a tangent slant on her and rename her Aphrodite. The Romans would name her Venus. The complexity in the relationship between her & Heru wouldn't transliterate in the Greek comosology. 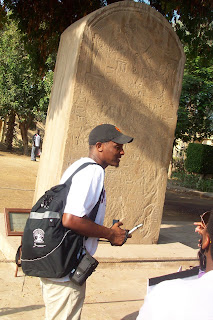 Doc at one of Ramses' stelae in the first capital of Kemet, Mn Nfr. What the Greeks would later call Memphis. 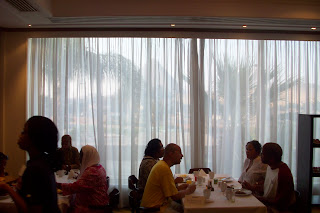 Dr. Mario Beatty with other Chicago State colleagues with the backdrop of the Great Pyramids in the El Meriden. 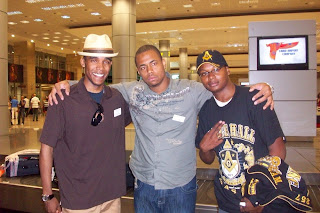 Jalil Mohammed, James Morgan & myself at the Cairo airport after we had all landed.
Posted by James Robinson at 5:44 PM