Return of the Whirlwind 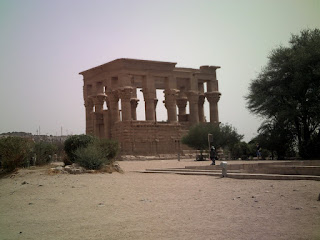 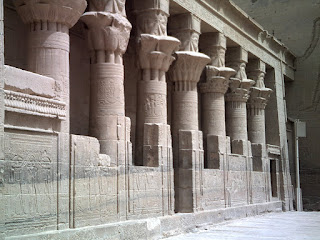 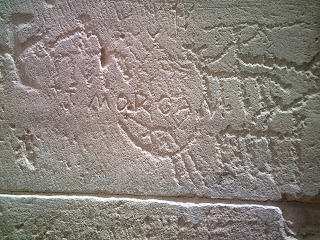 Yesterday we had our first full class lecture day, where we did not visit any new sites but instead listened to Dr. Carr and Dr. Beatty's presentations on the places where we have gone and the places we are heading. An interesting discussion ensued in which we discussed the purpose and methods of scholarship on and by African people. We discussed the purpose of being scribes for our people and the times in which we live and having this discussion in the modern day Nubia made my experience at Howard all the more important in terms of academic genealogy. As we discussed aspects of the writings of Ptah-Hotep and the Memphite Creation Narrative I began to wonder what was the importance of having all these brilliant African minds figuratively locked in a room discussing our peoples history in Africa and how does this relate to Howard University?

At the end of the discussion one of the ladies who came with us mentioned a quote by Marcus Garvey in which he said "Look for me in the whirlwind" in which he meant that future generations would pick up where he had left off, and almost on Que. we witnessed a very mysterious whirlwind pick up around the hotel! Our guide, Walid told me that this was very unexpected and out of season but as silly as it may sound to some I had a feeling that this was a sign from Garvey and our other African ancestors that we were doing a powerful thing and more importantly that we were doing something right. Today we went to the Temple of Auset (aka Isis) on Phile Island. This place was the last hold our for the ancient Kemetic spiritual system and is a simply awe-inspiring place. The columns ranged in style, the outer and inner sanctums hummed with a spirit of a time long gone but still in motion.

As we made our pilgrimage into what some would turn the Holy of Holies in the temple I could only think about the ancient initiates who once walked the same halls. Even though this place was built during the Greek reign it still buzzed of Africa, our home. On an even more personal level our attention was constantly drawn to the graffiti left by Arab, Greek, French and other invaders from centuries past. Unexpectedly I found a name etched in one of the satellite buildings: "J. Morgan". Although odds are the person who wrote that was not named James or even of African descent I still felt that I was being sent a message by the Creator that I should recognize how I as a student am a part of a bigger tapestry and that the work that we do today can have a sweeping impact on those who come after me. Nobody knew that we would be walking through the ruins of their Temple when it was in operation, just like we don't know who could be walking through the ruins of our great institution thousands of years from now. The one thing that we do know is that the only thing that matters is that we do our best at our craft. What is our craft? Scholarship! When it is all said and done, we are all going to the same place, which is the grave however works can last an eternity so it is my solemn pledge to future generations, those of whom that I may never meet that I will dedicate my life to truth and justice and whenever falsehood and social ill should rear their ugly heads they will be able to look for me, better yet look for us in the whirlwind.
Posted by James Morgan at 1:07 PM

Beautiful brother! That is AWESOME!!!!!!!! Keep growing and I look forward to building with you when you return. Peace.